The history of cinema in Provence dates back many years. And similarly to the region's artistic hall of fame, it was inspired by light...

And then there was Light...

The history of cinema in Provence dates back many years. And similarly to the region's artistic hall of fame, it was inspired by light... As you may know, the very first moving picture was screened by the Lumière brothers ('Lumière' meaning 'light') on September 21st, 1895 in La Ciotat. The Eden Cinema, renovated in 2013, continues to pay tribute to this fabulous legacy, as well as to contemporary film makers. And it was thanks to Auguste and Louis Lumière that this little movie theatre first came into the limelight...

But the light that interested film directors was especially the region's sunlight, which allowed them to shoot outside all year round – that together with the colourful local accent and personalities, especially when silent films evolved to include sound. "Without Marseille, there would be no French cinema. It smacks of authenticity, real people and timeless traditions. These are films you can watch time and time again, with lines that have become classics", smiles Olivier Boura (1). This land has also nourished such unforgettable dramas as Toni by Jean Renoir (1935), filmed in Martigues.

Marcel Pagnol and the Golden Age of southern comedy

The region's gift of the gab hoisted it to the top of the bill, as illustrated by Maurice de Canonge with his Un de la Canebière, shot in 1937 and inspired by operettas. But of course, it was Marcel Pagnol who truly brought home the universal nature of Provence's tragi-comic character, torn between sunny joy and dark torment, with his trilogy Marius, Fanny and César, filmed between 1931 and 1936. 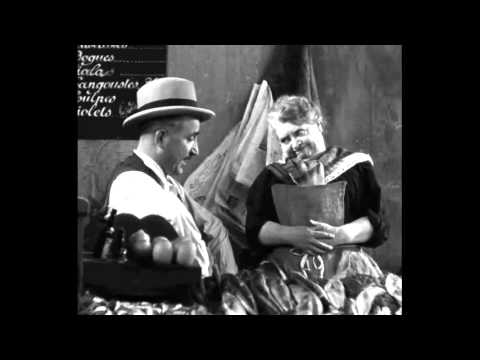 With Heartbeat and The Well-Digger's Daughter, the man from Aubagne brought the inland country's pastoral traditions to the front of the stage, together with outstanding actors such as Marseille-born Fernandel (who sold 200 million cinema tickets in his career!). But Pagnol also filmed in his homeland: he set up a studio near Le Prado, then bought up Château de La Buzine. Brought to fame by his autobiographical work My Mother's Castle, the chateau is now home to a cinema complex.

The dark side of Marseille

The city's urban decor was exploited to excess in the interwar period. The astonishing and talented storyline of Justin de Marseille (1934) even places an honourable gangster there in the role of guardian of social justice! 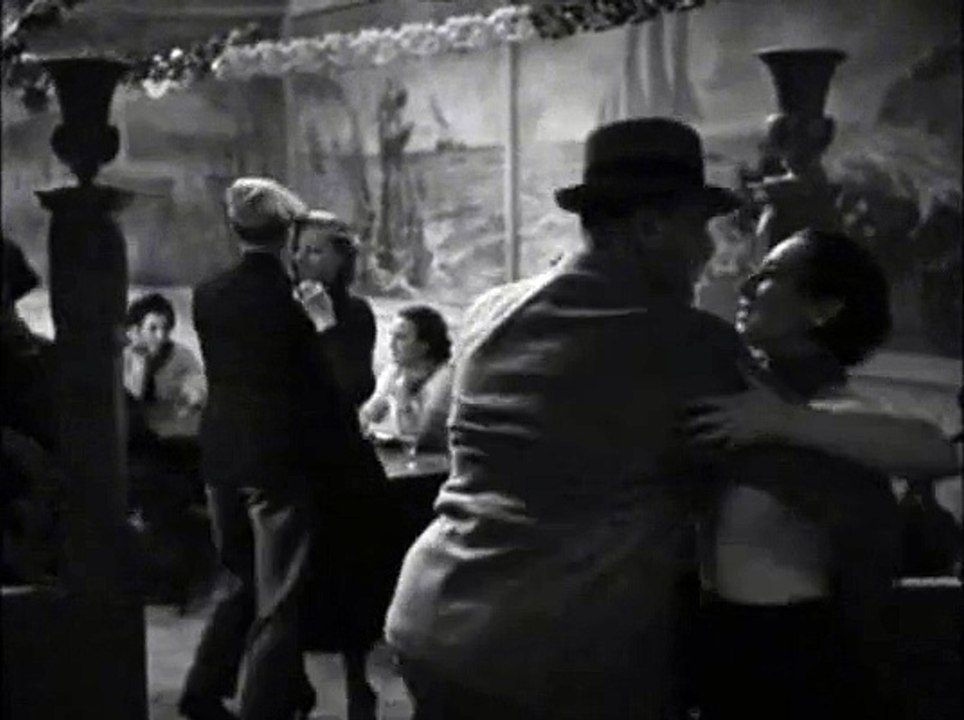 Thrillers and films noirs located in Marseille became par for the course in the post-war period, with classics such as Le Port du Désir by Jean Gréville starring Jean Gabin (1954). A master of the genre, Jean-Pierre Melville offered different angles on the city, in particular with his minimalist black & white film Second Breath (1966). In 1970, the genre reached the heights of its glory with Borsalino by Jacques Deray, sanctifying the screen encounter between Delon and Belmondo. Last but not least, the two-part French Connection released in 1971 and 1975 carved the city's darkest moments in stone: Friedkin's film won five Oscar awards, while the second chapter, signed by Frankenheimer, shone the spotlight on a city chin-deep in crisis. Its main character, Popeye Doyle (Gene Hackman), prompted Hollywood to brand gangland Marseille the "Chicago of the South". 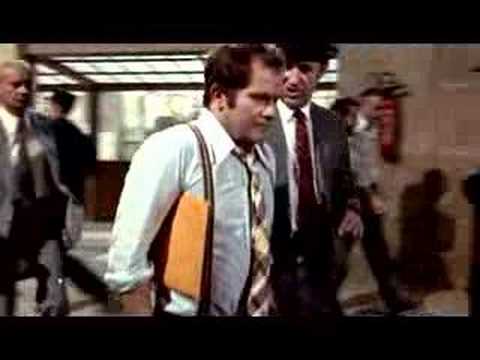 The New Wave and popular films

The thriller genre was even adopted by the French movie world's counter-culture: in Breathless (1959), which brought Jean-Luc Godard to fame, Belmondo steals a car in the port of Marseille to drive to Paris. The film's arty spirit was also mirrored a few years later in Cap Canaille (1983), a rock-thriller signed by Juliet Berto, the actor-come-muse who starred in La Chinoise. In the Eighties, the city's dark reputation made for a series of popular films inspired by bloody true stories (Le Bar du Téléphone in 1980, _Le Juge _in 1984), or provided the backdrop for explosive tales such as Jacques Deray's Le Marginal (1983). Attractive or repulsive, the city's portrait was painted in many popular films, headed up by another son of the soil, Henri Verneuil, who signed The Sicilian Clan in 1969 (the Armenian refugee tells the family story in the Mayrig saga, released in 1991). The recipe that made the success of France's original thriller genre was later used by Cédric Jimenez in La French (2014).

But nobody has ever spoken about Marseille with the same passion as René Allio, "a director committed to protest and commemoration" (2). From La Vieille Dame Indigne to L’Heure Exquise, he paints the portrait of a humble and hard-working city. And he is not alone: Paul Carpita also evoked this "authentic" Marseille in Marseille Sans Soleil (1960), after being censored for his anti-war stance in Le Rendez-Vous des Quais (1954). Allio was another socially-aware film maker, committed to supporting the community by setting up his production company at Fontblanche in Vitrolles. The 'Centre Méditerranéen de Création Cinématographique' went out of business in 1984 with the failure of Matelot 512, but the torch had already been passed on to Robert Guédiguian. This militant communist, whose films focus on how communities are made and unmade, decided to shoot his films in L’Estaque. With the resounding success of Marius and Jeannette (1996), he graced Marseille with a positive image, while his leading actress, Ariane Ascaride swept up a César (national film) award. 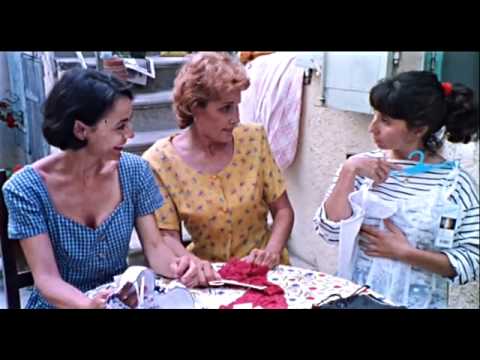 A land of movies

Preceded by the musical Trois Places pour le 26 in 1988 - the last work of director Jacques Demy and Marseille-born actor Yves Montand -, Bertrand Blier turned his gaze to the city in 1993 where he shot One, Two, Three, Sun in the city's northern quarters, before heading to the southern quarters to film Too Beautiful for You. His films announced the start of a trend that has never ceased to grow and Marseille is now France's second-leading film location. Of course, let's not forget the Taxi series produced by Luc Besson (Taxi 5 is announced for 2018), which clocked up audiences of 28 million in France alone. More realistic, the films by Karim Dridi (Bye Bye, Khamza and Chouf) focus on city inhabitants living on the poverty line. In parallel, numerous adaptations of literary works emerged, such as Total Kheops (Jean-Claude Izzo) by Alain Bévérini in 2002, Corniche Kennedy (Maylis de Kerangal) by Dominique Cabrera in 2017 and L'Immortel (Franz-Olivier Giesbert) by Richard Berry in 2010. Aix-en-Provence got its share of the limelight too, with quality films such as The Horseman on the Roof by Jean-Paul Rappeneau in 1995 and Cézanne et moi by Danièle Thompson in 2016. 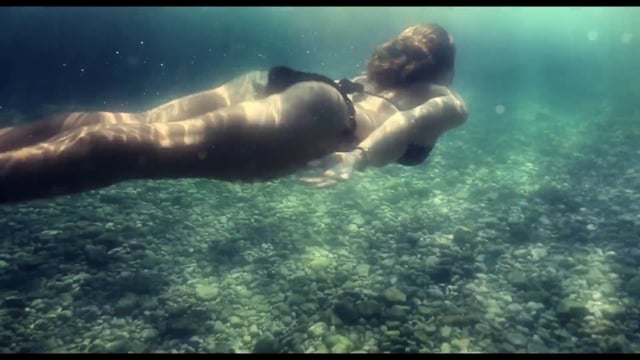