2017 in Provence will be sport crazy

All the must-do sporting and cultural events celebrating the 2017 "Marseille-Provence, European Capital of Sport" year

You won't be surprised to learn sport will be top of the podium in Marseille and the Bouches-du-Rhône this year, thanks to the **2017 Marseille-Provence European Capital of Sport **celebrations. With over 400 sporting events (including 30 for handicapped sportsmen and women) we have something for every taste! Whether you're a spectator, amateur, confirmed or professional sports fan, discover the full MP 2017 programme and pick your favourite discipline, together with a line-up of exceptional competitions such as the Rugby Top 14 semi-finals and Marseille heat of the Tour de France. Live out the thrills of Gladiator Night, the Sosh Freestyle Cup and Urban Elements Series. Cheer on your favourite swimmers, cyclists, boules players and runners throughout the year and take an active part in the Marseille-Provence European Capital festivities by signing up to take part in the various events on offer.

In 2017, there will be lots of sport, but not just sport... culture is also coming to Marseille, with various events and exhibitions on the sports theme – naturellement. So, take your pick and without further ado, discover the top sporting and cultural events scheduled for Marseille Provence 2017, European Capital of Sport. 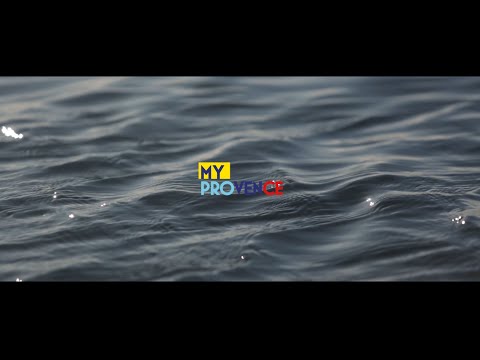  In October, take your seats for the Dance Sports World Championship and Marseille-Cassis half marathon

The Marseille-Cassis half marathon on October 29th.

And for all sports fans… Take part in the "Color Run Marseille": the year's most colourful race, ideal for all the family. Walking fans can sign up for the GR2013 long-distance footpath hikes taking place until the end of the month. Alternatively, check in for the **Marseille Vélotour cycling race **on October 15th

Entertainment and culture… The MuCEM will be going football crazy this month, with the temporary exhibition "Nous Sommes Foot" (We Are Football) running until January 12th, 2018.

Marathon Marseille-Cassis: 20 km above the Calanques

 In November, spend the night champions and enjoy the World Squash Championships… pending the Corrida du Vieux-Port in December.

Over 120 matches at the Squash World Championship.

And for all sports fans… Whether you're running alone or as part of a team, don't miss the Aix-Marseille Night Run on November 11th and 12th, departing at midnight and arriving at dawn! If you prefer running by day, the "10 km de la Provence" race between Parc Borely and the Prado beaches awaits you.

Entertainment and culture… The photo exhibition "Nos Collègues Sportifs" (Our Fellow Sportsmen) will be running throughout November at the Alcazar library. And hurry over to Château de la Buzine for the "Sport au 7ème art" (Sport & the Movies) exhibition if you haven't seen it yet.

In December, sign up for the Corrida du Vieux-Port on December 31st to end the European Capital of Sport year in style and say hello to more culture, making another big comeback in 2018 with the "Quel Amour MP2018" project.

Not-to-be-missed event of the month

And for all sports fans… Take part in a family orientation course in the Calanques de Marseille fjords. If you're visiting with friends, the Rando Challenge Découverte hike on January 29th is a must!

Entertainment and culture… Until February 4th, you can enjoy a series of demonstrations and boxing match training sessions at the Alcazar library ring! And for once, you'll be able to talk and even shout! If you want to learn more about sport, the exhibition Histoires de sports (History of Sport) will be opening its doors from January 3st to April 29th at the "Archives et Bibliothèque Départementales des Bouches-du-Rhône".

From February 21st – 23rd, cheer on the dozens of professional cyclists taking part in the Tour de la Provence on the belles routes de Provence between Aubagne and Marseille.

Open 13 Provence, one of the world's top ATP tournaments.

And for all sports fans… Take part in the 33rd edition of the Alpin Trail des Calanques on February 5th, with 2 itineraries inside the magnificent Parc National des Calanques.

Entertainment and culture… Château de la Buzine will be hosting a year-long exhibition on the theme of sport in the movies Le Sport au 7ème Art.

A 3-day cycling race: 3 courses on the most beautiful roads in Provence

Hiking in the Calanques

In March, applaud the world's finest swimmers and take part in Run In Marseille

The Meeting Open Méditerranée at the "Cercle des Nageurs" in Marseille.

The famous Run In Marseille road race on March 19th. Sign up now!

And for all sports fans… Make the most of the Spring weather and discover Provence's walking itineraries with all the family, with the Semaine de la Randonnée en Provence.

Entertainment and culture… Solisport – a solidarity sports festival - will be hosting around 20 sporting and social events until July. Make the most of your weekend in Marseille to discover the monumental works of Jean-Pierre Rives at various venues throughout Marseille, with the exhibition "Les Rubans de la Mémoire".

Click here to check out the full programme for the 1st quarter of 2017.

Important! The following information is subject to change by the event organisers. It will be updated every quarter.

Week of hiking in Provence

The last match of the French Handisport Basketball Championships.

Head over to Prado beaches for the World Windsurfing Championships, running from April 10th – 16th.

And for all sports fans… Continue to revel in Provence's most stunning scenery with the semaine de la randonnée en Provence walking week and take part in the April 1st hike departing from Marseille's "110 villages" and finishing on the MuCEM esplanade. And if you fancy a run with all the family, head over to Palais Longchamp on April 24th.

In May, get a taste of traditional sports and attend the Rugby Top 14 Semi-Finals

From May 12th – 24th, find out all about historic games and sports at the European Traditional Sports and Games Festival.

And for other sports fans… Confirmed sportsmen and triathlon athletes can sign up for the Ironman 70.3 du Pays d’Aix. Alternatively, if you'd like to take part in a night-time charity race, the Nocturne de Marseille is the perfect choice for you!

See one of the 2 TOP 14 Rugby semifinal matches

In June, take part in the "Marseillaise des Femmes" women's race and get an eyeful of skateboarding, kitesurfing and BMX at the Sosh Freestyle Cup

Ladies, don your trainers on June 4th for the Marseillaise des femmes race and join the women of Marseille taking part in the 2017 European Capital of Sport festivities!

Head to the Sosh Freestyle Cup for guaranteed thrills and spills!

And for other sports fans… Pick your favourite itinerary for the Urban Race, taking place in Aubagne on June 8th and 9th. And from June 15th onwards, get your sports fix with the "Festival des Sports d’Eté" Summer Sports Festival.

Admire the style and panache of the world's finest boules players at the Mondial la Marseillaise à pétanque, taking place at Parc Borely.

The Tour de France will be crossing Marseille, with a time-trial that promises to be spectacular!

Entertainment and culture… Cycling and Tour de France fans will love the temporary exhibition running until July 23rd at the new Orange Vélodrome stadium, retracing the history of the Tour de France, while water sports fans can dive in to the Mediterranean's very first subaquatic museum at Plage des Catalans.

Cheer on the young swimmers taking part in the European Junior Sea Swimming Championships in the cove of the MuCEM museum and revel in the stunning views over the Frioul archipelago.

Entertainment and culture… This month is all about football, with the "So Foot" exhibition at the J1. You can pursue your cultural tour on the sports theme with "Un Hommage à la Boxe par le Biais du Cinéma" (A Film Tribute to Boxing) screened at La Vieille Charité.

In September, it's time to discover extreme sports!

Not-to-be-missed event of the month

And for all sports fans… Take up the gauntlet with the "Défi Run": an obstacle course on the shores of the Prado beaches.

Entertainment and culture… The year's flagship exhibition Jack London dans les Mers du Sud (Jack London in the Southern Seas) at the Vieille Charité is an absolute must! And as every year, we'll also be celebrating the "Septembre en Mer" nautical festival!

MANIFESTA 13: A GUIDE FOR AN ARTY STAY IN PROVENCE

Our recommendations to fully enjoy the Nomadic European Biennial

Manifesta will take place for the first time in France, in Marseille from the 28th of August until the 29th of November 2020. The Nomadic European Biennial will also extend to the whole Region Sud. Enjoy an arty stay in Provence !

The "Sentier Provence, mines d'énergies" (Provence Energy Mine Trail) is a new GR® long-distance footpath crossing 14 towns in the Pays d’Aix and Pays d’Aubagne areas. The trail is divided into 3 itineraries (42 km, 45 km and 66 km) and also includes 13 local loops.

From the producer to the bag

What's the best thing to bring back from your holiday in Provence? And what souvenir from the South should we take if we're visiting friends or family elsewhere? We won't be offering you a classic little tour of the souvenir shops this time, so let's head off to meet the local producers and craftspeople instead!

4 chances to hit the jackpot while you're holidaying in Provence!

Las Vegas, Monaco and Atlantic City are simply overrated. On the other hand, Carry-le-Rouet, Cassis, La Ciotat and Aix-en-Provence all have lots of sightseeing attractions - plus casinos!

3 Design Hotels in Arles – a Roman city with a contemporary twist...

To cater to this new generation of residents and tourists, we simply had to hunt down some on-point addresses: modern and offbeat, architectural and arty, never-before-seen and places to be seen.

A Magical Moment of Relaxation in Provence

Our pick of spas and wellness centres in Provence

we are giving you our top pick of addresses so you can enjoy some TLC everywhere you go in Provence!

Discover our guide to Provence's top craft beers is packed with local flavours, such as honey, lavender and chestnuts

We tested... A ride in a "Nego Chin" flat-bottomed boat

Get a new angle on Port-Saint-Louis !

We tested... Honey gathering with a beekeeper

We set the date with Gérard Jourdan, a honey producer based in Auriol, who can't wait to introduce us to his job and passion for bees...

Special itineraries and guides for touring the Bouches-du-Rhône by bike!

Time to eat outside

Picnics are a great way to escape from routine and spend some quality time with friends, family or your partner. Whether you opt for the seaside, a park or vineyard, they are an ode to simple pleasures and sharing.